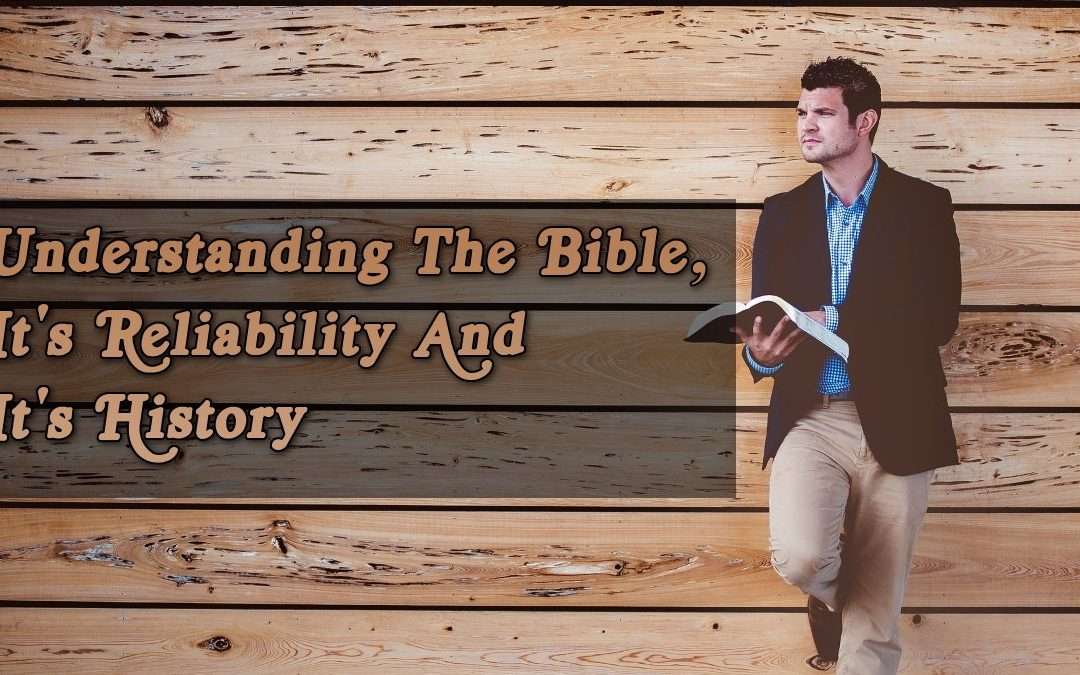 For a believer, nothing is more important than understanding the Bible. It tells us about God, ourselves, the universe, and how to live life. It teaches us the greatest problem facing humanity (sin and separation from God) and the only solution (Jesus).

As a child you accepted what adults told you, assuming it to be true. After all, adults know everything, right? If you grew up in a Christian family, authority figures taught you that the Bible is God’s Word and that you can trust it.

Questions with Understanding the Bible

If you’ve thought these questions, or ones similar to them, good for you. When you allow doubts to challenge your faith, it helps you prove whether or not your faith is genuine. Don’t be afraid that you have these questions. It’s what you do with them that counts—do you bury them in fear, or do you face them and look for help?

Let’s turn now to some of the most common (and important) questions about understanding the Bible.

Question 1: How Did the Bible Become the Bible?

By God’s design and under His direction, His people the Israelites began compiling works of Scripture thousands of years ago (for two examples, see Deuteronomy 31:26 and Hebrews 9:4). Fast forward, and the early church fathers (as far back as 300 AD!) continued the task.

To be clear, these people didn’t decide which books would be Scripture. Instead, they determined which books God had inspired and then compiled those into the canon. (“Canon” is just a fancy word for the books accepted as biblical). 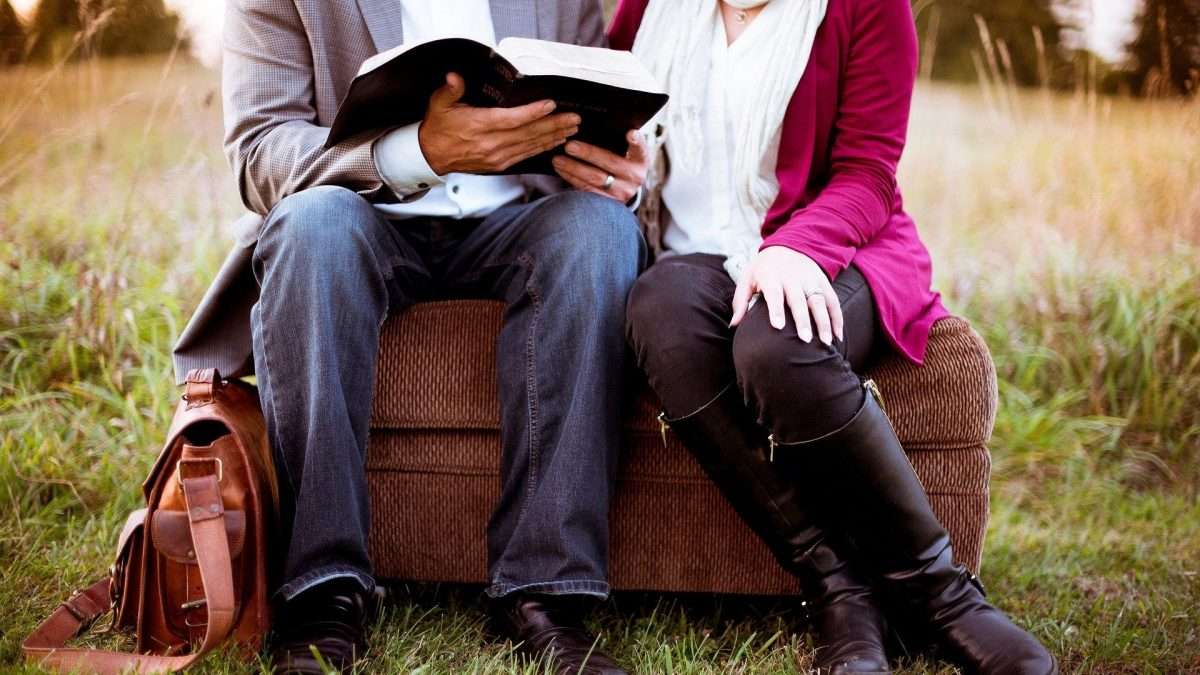 Question 2: How Do We Know the Right Books are in the Bible?

Early church fathers used several tests to determine which books God had inspired. The first was to look at internal proofs.

For example, many passages speak about God preserving His Word. For example, Psalm 119 says,

God values His Word too much to allow humans to mess it up. If we believe He is in control, we must also acknowledge that He guided our forefathers as they compiled the Bible.

as also in all his letters, speaking in them of these things, in which are some things hard to understand, which the untaught and unstable distort, as they do also the rest of the Scriptures, to their own destruction. ~ 2 Peter 3:16

Christians believe in the integrity of God’s word when understanding the Bible—innocent until proven guilty. They believe God created the world because the Bible says so. Evolutionists, because they don’t believe God exists (or if He does, He’s not very involved), champion the theory of evolution. Their presupposition is “no God,” so their conclusion is evolution. The truth is that no one was there at the beginning of time, so we all have to choose to believe in something.

The second type of test for canonicity is external proofs. Even over the last few decades, archaeological discoveries match biblical stories and genealogies. For instance, many believed the story of David and Goliath to be fictitious until an incredible discovery. Archaeologists found pottery with the name “Goliath” inscribed in it. The time period and location of this artifact matched up perfectly with the biblical account. This is just one example of thousands!

One of the most astounding discoveries in this realm is the Dead Sea Scrolls. In 1947, an unsuspecting shepherd threw a stone into some caves and heard the sound of shattering pottery. When he investigated further, he saw old scrolls rolled up inside pots.

He brought them to a dealer to be appraised. They were passed from hand to hand as archaeologists and scholars began to realize their worth. Despite being a couple thousand years old, they matched up with almost the entirety of the modern Bible.

Finally, early church fathers analyzed the authority, uniqueness, and universal acceptance of books in order to determine whether or not they were of divine origin. Certain books, like the Apocrypha, failed these tests.

While they were historical, they did not carry the same biblical authority, unique attributes, and international acceptance as the books that are now in the Bible. In addition, they contradicted books that God had clearly inspired.

Question 3: How Do We Know It’s Not Just Another Book of Religion?

One of the most incredible facts about the Bible is its internal unity. Despite its multiple authors across many centuries, it remains consistent to one storyline without contradicting itself. This points to God’s sovereign hand preserving His Word over thousands of years.

Another reason the Bible is different from any other book is its transformative power throughout history. By it lives permanently change, fighting ceases, and kingdoms crumble. No other book can honestly boast such importance.

Additionally, we see many biblical prophecies clearly fulfilled. The Messiah, Jesus, came born of a virgin (predicted in Isaiah 7:14; fulfilled in Luke 1:34). Cyrus, predicted hundreds of years earlier in Isaiah 45, unwittingly did exactly what God had promised (see 2 Chronicles 36:22-23). By the way, if you’re skeptical, remember that scholars and archaeologists have found external proof that Isaiah was written long before 2 Chronicles (click here for a list of dates).

Question 4: What About All the Errors?

Despite the Bible claiming that it is error-free (John 10:35), people still find what they believe to be errors in the Bible. While almost none of these affect any major doctrines, they are still important to look at.

This could easily be an instance of rounding to the nearest thousand or describing how many died total versus how many died in one day. However, many other minor discrepancies like this occur in the Bible translations. What’s important to understand is that, while God inspired the original text of Scripture, not every copy of the Bible is inspired. Humans copied the text, and humans make mistakes.

Another example of a potential problem in understanding the Bible is when it says that God repented or regretted making humanity before He sent the flood (Genesis 6:6). “If God is sovereign and never makes mistakes, how can He regret something?” many people ask.

From man’s perspective, God sometimes appears to repent, because His disposition toward a person changes when that person disobeys. Because of the progression of the English language, the choice of the word “repent” in the King James Version could lead people today to believe that God repents in the way humans do (as if He had done something wrong). However, He is probably just using a term that we would understand, since we can’t fathom all the ways of an infinite, all-knowing God.

We could tackle many different supposed errors and contradictions in Scripture, but we do not have the time or the space here. However, a serious student of the Scriptures will be able to respond to criticisms against the Bible with intelligence and confidence.

While alleged discrepancies often shake a believer’s faith in the inerrancy and inspiration of God’s Word, they should actually engender the opposite mentality. If you just dig a little deeper into the original text, the historical background, and other passages of Scripture, you will come to the realization that God’s Word that spans the centuries is truly like no other book in its harmony, beauty, accuracy, and penetration. Most of the criticisms against it arise out of subjective, biased twisting of Scripture’s plain meaning.

Question 5: Can I Understand A Book As Complex As the Bible?

Thankfully, many helpful study tools exist for you as you study God’s Word. You don’t have to know Hebrew or Greek to understand it. Other believers have done deep study and compiled their findings in books and articles that are easy to digest. If you’re unsure of what theologians to read, ask your pastor or Christian friend who their favorites are.

In conclusion, your quest to understand God’s Word will be lifelong. Thankfully, He doesn’t expect you to have all the answers. If you are a believer, you have the Holy Spirit who will guide you as you try to understand the Bible (1 Corinthians 2:15). Even if you’re not a believer, you can pray for God’s help to understand. He loves to answer humble prayers!

But if any of you lacks wisdom, let him ask of God, who gives to all generously and without reproach, and it will be given to him. But he must ask in faith without any doubting, for the one who doubts is like the surf of the sea, driven and tossed by the wind. ~ James 1:5-6

Do Your Christian Values Align With God's?
Scriptures On Pride Tell Us To Let It Go
Are There Contradicting Bible Verses? Part 2
Put On The Full Armor Of God And Reap The Benefits!